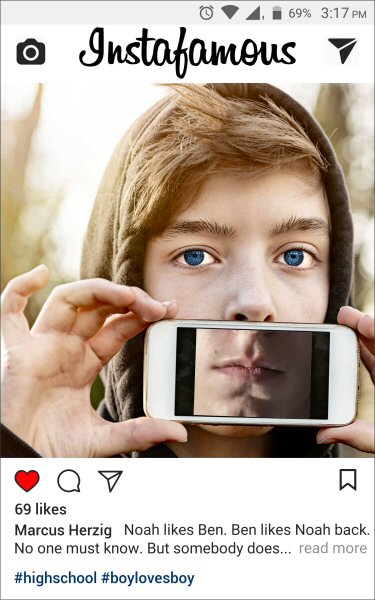 Noah likes Ben. Ben likes Noah back. No one must know. But somebody does ...

Between his depression and anxiety disorder and his secret relationship with popular jock Ben Hynes, seventeen-year-old Noah Simmons has already more than enough to deal with. But there is always room for deterioration.